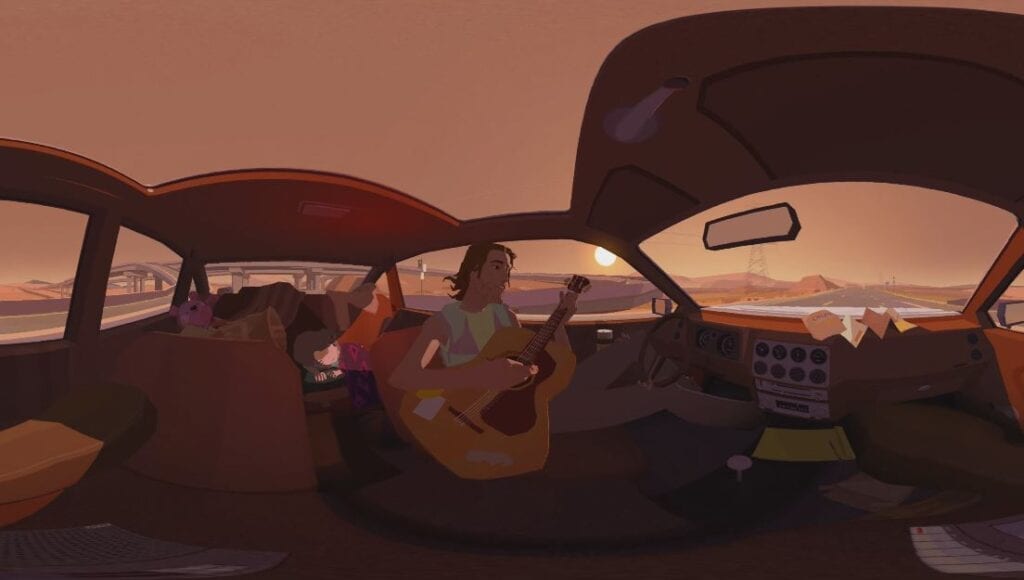 We are coming back with the  list of 5. Today we decided to review what’s new in VR’s world so hold on, folks:

Yes, you heard it right. The first fully featured, 1.5 to 2 hour experience is coming to HTC Vive and will let the user to feel like one of the Everest climbers. In spite all interactive possibilities Everest VR gives to the consumer, it is positioned more on a VR experience than VR games category. One of this experience reviewers says that each scene starts in what feels like a small theatre. And then the nice, safe theatre gently fades away and you find yourself flying over the scene. Sounds intriguing, isn’t it?

2. A Powerful VR Story about the “Pearl”.

It’s an emotional and moving story about the girl and her dad using the car named Pearl. It was directed by Patrick Osborne and won an Academy Award for Disney’s animated short film Feast. It is powerful 360 video experience with a strong narrative which you can find here:

AMD in collaboration with Awesome Rocketship announced that they want to be VR more accessible to the consumers so they’re bringing VR demos to malls and movie theaters to reach wider audience. As Awesome Rocketship claims in their website, they âdistributes virtual reality content enhanced with motion-controlled seating, atmospherics, and 3D audio, that can be delivered and installed in venues worldwide.  We have to admit that sounds promising.

Few months ago Google came up with this VR tool called “Tilt Brush”. It allows you to paint on a VR canvas. Google presents Tilt Brush as a tool which lets paint in 3D space with virtual reality. Your room is your canvas. Your palette is your imagination. The possibilities are endless. Even though it’s pretty affordable, this tool works only with HTC Vive. It’s still an amazing tool for every artist and people who like to express their creativity and ideas. Take a look how it works here:

Last but not least: TheWaveVR Raises $2.5 Million Seed Investment for Social VR Music Platform. TheWaveVR is a VR music platform for people who love music, enabling them to view, host, and socialize in shows world wide, anytime, anywhere. This platform allows DJs to mix tracks live in VR in front of a virtual audience which can connect to experience the performance from around the world. Hard to imagine? Well click on the video and see more: