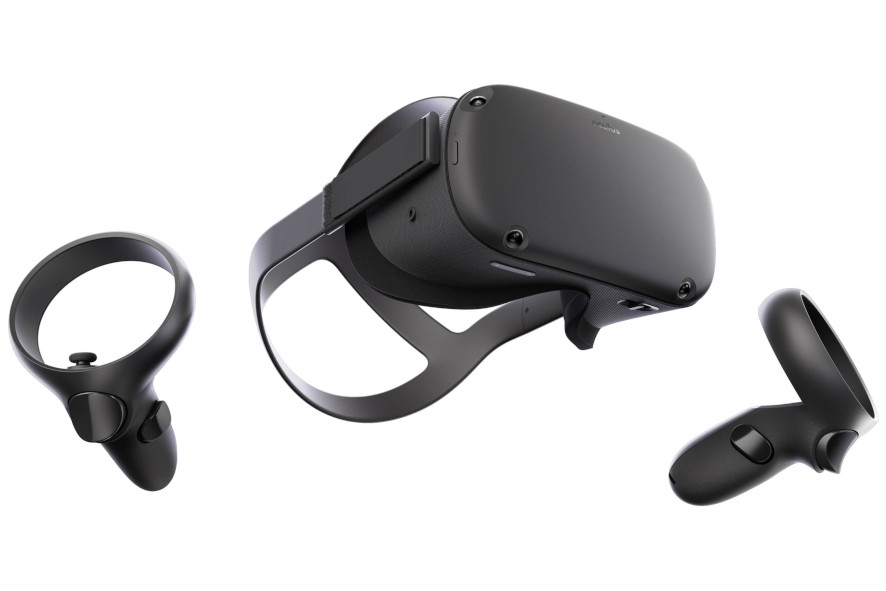 Oculus has recently launched two new virtual reality headsets for immersive VR experience having the same price tag of $399: Oculus Quest and Oculus Rift S. Despite they have many similarities such as the Oculus Touch motion controllers, they are essentially different with respective advantages and drawbacks. Here we will concentrate on the Oculus Quest which in our opinion is a more advanced headset which provides richer Multisensory VR experiences.

The Oculus Quest comes as a wireless VR headset to run specifically on the Android platform just like the old Oculus Go. But there are several valuable features and advantages that justify its bigger price tag compared to the Go. It uses inbuilt cameras to allow 6DOF (six degrees of freedom) motion tracking, and uses the same powerful Touch controllers than the powerful Oculut Rift. As far as the VR experience is considered, it takes us more towards immersiveness and addresses the shortcomings of the Go quite conclusively.

The Oculus Quest features also a lot of power on the hardware front as well. It comes packed with a Qualcomm Snapdragon 835 processor which is quite powerful compared to the Go’s Snapdragon 821. It boasts of a higher display resolution. The best thing about Quest is that it doesn’t need a PC for running while offering everything for a gaming experience, and thanks to Olorama Digital Smell Technology, now you can enjoy Immersive Sensory VR experiences.

In more than one way, Oculus Quest maintains the similar minimalist aesthetic of Rift S and looks pretty simple. The body of Oculus Quest is covered with a black fabric coupled up with a trio of head straps that are essential to hold the enhanced weight of the Quest for a comfortable viewing experience. It also comes with a slider to help adjust the lens distance. The best thing is that the device doesn’t leak sound and deliver a better audio experience as well.

Internally, Oculus Quest is packed with advanced hardware features as we mentioned earlier. It comes with 64GB or 128GB of storage options. Regarding the power performance, Oculus Quest battery is estimated to last between 2 to 3 hours if used continuously. As experiences of users revealed, it mostly lasts a little more than 2 hours with long stretches of use.

The Quest coming with a little heavier build of the body than the Rift takes care of everything for an on the go gaming experience. It features a thick, convex front panel without any wire. Being totally wireless it does away with the need of using a gaming PC. All of these are really some good improvements to ensure optimum ease of use and great user experience.

We need to tell something about the Oculus Quest headset cameras that are capable to deliver real world views on the screen. This allows you to continue using the device for real world viewing of the surrounding. The fact of not needing to put off the headset to see the outside world is a good value proposition. In other headsets, VR calibration needs to walk around the room for tracing the boundaries. But, Quest allows you to put on the headset and create virtual boundaries right on the room floor. With so much immersion-ready features on offer, our expectation can now grope for either Olorama Sensory VR Technology or Sensory Cinematic VR experiences as the next offering with such headset.