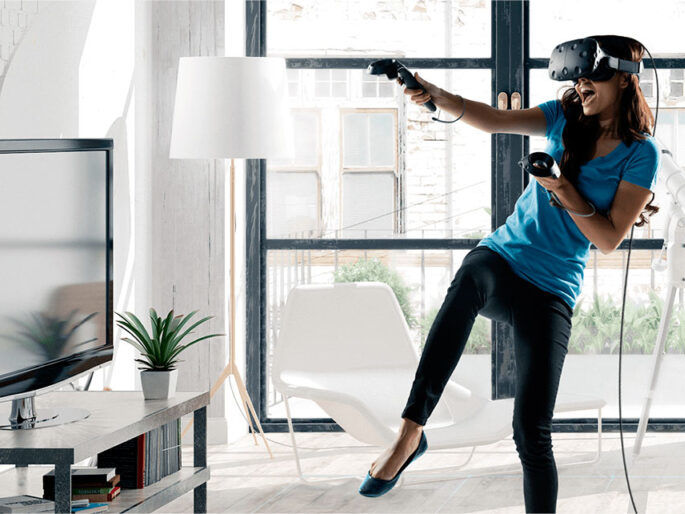 If you want to lear how to enhance VR experiences through scents simply click here:

Room Scale VR is a new term in Virtual Reality’s world. And again, we can call HTC Vive the pioneers of the Room Scale VR. Good news is that HTC found a competitor, becauce Oculus is now in the game too: recently they came up with the Oculus Touch which allows room-scale VR and will be accessible for the users in a couple of months. Room-scale VR is developing so fast in a past few months that is hard to follow the news. However, it still remains hard accessible for most of the users.

But first, let’s define room-scale tracking in a simple words: it is an ability to turn 360 degrees in Room Scale VR. Also, it is ability to move and walk in VR.

Imagine an opportunity not only experience other world, but hold possesions with your own hands or walk and explore Virtual Reality on your own. It definitely adds more excitement to VR experience. However, there were some argues lately weather it’s necessary for VR or not. The possibility to walk in VR requires space and some people don’t have spacious rooms for a safe VR walk. Especially those who live in a big cities. Also, it is expensive, difficult to transport and allows to experience room-scaling for only one person at once.

On the other hand, there you can always find some pros and cons. Nevertheless, the fact that the brands like HTC and Oculus started to develop Room Scale VR shows that it’s a product worth time and effort and they believe in its success. In the end, Virtual Reality is all about immersion. If room-scale VR, despite all its cons, provides us a more immersive experiencee we believe that is worth trying.Who knows maybe in the future room-scaling will become a system that every VR headsets will have?

Voice-activated scents
We use cookies to ensure that we give you the best experience. If you continue to use this site we will assume that you are happy with it.Ok