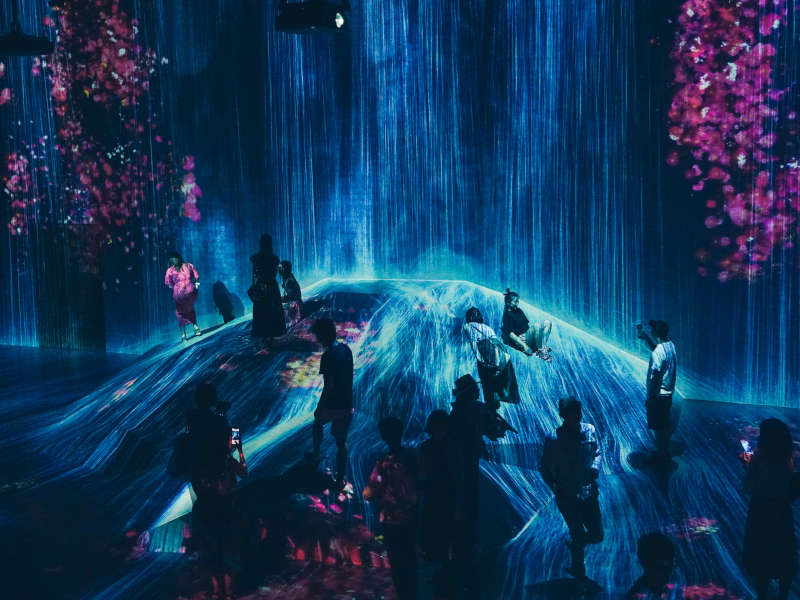 It is already well known that in the modern museums and amusement parks technology remains a core component and world’s leading museums already embraced technology in various measures. While some museums are already way ahead of others in terms of utilising advanced tech, even the less tech-savvy museums and historical premises now at least adopted some amount of technology.

Recently, virtual reality has become a helpful technology to add value to the museum and parks to leverage the experience to a new level. For instance, in the Franklin Institute museum of Philadelphia, the visitors can use Virtual Reality (VR) to take a dive deep into the ocean and enjoy the under-sea life vividly. Such exhibitions taking visitors to a different environment, can completely transform the user experience.

The emergence of Virtual Reality in Museums

The emergence of VR as a transforming experience for different environments began just a few years ago and ever since it began to become a mainstream element for the visitors. As a new technology VR is also being enriched with new VR headsets and value-addition products as the Olorama multisensory VR Smell Solution. The Augmented Reality or AR simultaneously became a major technology in creating more value for the digital applications. The launch of Pokemon Go as the first AR game that literally helped people integrate digital game playing with real life actions, shown us new innovative possibilities.

No wonder, both Virtual and Augmented Reality remains the talking points for technology enthusiasts and experts from other niches in recent times. The museums around the world generating millions of revenue with the consistent tourist footfall are increasingly opting for these technologies to deliver unique museum experience. No wonder, the value proposition of many museums today depends principally on these technologies and the unique experience they provide to the visitors. As the next big frontier, Olorama Professional Digital Smell Technology is going to appear as part of the museum VR Smell experiences.

The goal of most museums is to help visitors experience the exhibits in an environment as life-like and natural as possible. As there were a number of constraints to fulfill this objective earlier and museums mainly needed to stay constrained within the limits of ambient museum walls, this objective was mostly unrealised by museums around the world. This is exactly where Virtual Reality Technology and Digital Smell Technology came with a big promise to help extending the visitor experience with a lot of value.

In a museum setting the use of Virtual Reality (VR) mostly means representing the exhibits in the most lively manner to erase the sense of separation to make way for complete immersion. For example, a 360 degree view of the telescopic view of space experienced through a VR headset can just bring the spatial objects to the visitors in an immersive manner.

VR experience across leading museums around the world

In all over the globe, the leading museums are increasingly embracing VR technology to deliver a never-before visiting experience. Here we are going to exemplify with the examples of leading museums how VR is being used for sensorial stimulation and immersive cinematic experiences:

Just last year October the Louvre museum of Paris started a regular VR based exhibition named ‘Mona Lisa: Beyond the Glass’. This VR based exhibit provides the visitor inhedit visual aspects of the famous painting of Renaissance master Leonardo da Vinci in its entirety. Available in five different international languages the show instantly became popular among visitors and became an instant attraction.

Peterson Automotive Museum based in Los Angeles recently collaborated with Microsoft HoloLens and their joint work gave birth to a new VR based exhibition offering a unique VR experience. Visitors of the museum thanks to this VR based experience can actually ride a classic sports car from America, Ford GT40.

Olorama provides exclusive smells such “burning rubber/tyres”, “burning car oil” of “diesel”… Can you imagine smelling these scents jointly? Thanks to Olorama Professional Smell Technology you don’t have to imagine it: you can live it…

The National Museum of Finland

The National Museum of Finland located in the country’s capital Helsinki recently started a new VR based exhibition. The exhibition based on the VR technology can help visitors exploring a famous vintage painting titled The Opening of the Diet by R. W. Ekman. This exhibition is another proof of how history is brought to life by using virtual reality technology.

In the Tate Modern, one of the most famous and touristy museums right in the heart of London, a new VR experiment has recently been embraced. The museum which is well known for their exhibits of modern painter masters just started VR exhibits featuring the works of French master Modigliani. The exhibition apart from showcasing the works of the master painter, also showcases a complete 3D model of the studio of the artist in Paris.

As the experience of the world’s leading museums reveal, while VR can be a really helpful tool it can also appear as a gimmick if used thoughtlessly. When implemented in a proper way, VR can really give life to exhibits. The examples described above clearly explain how innovative VR based exhibition can boost transform museum experience for the visitors and bring more value to them.