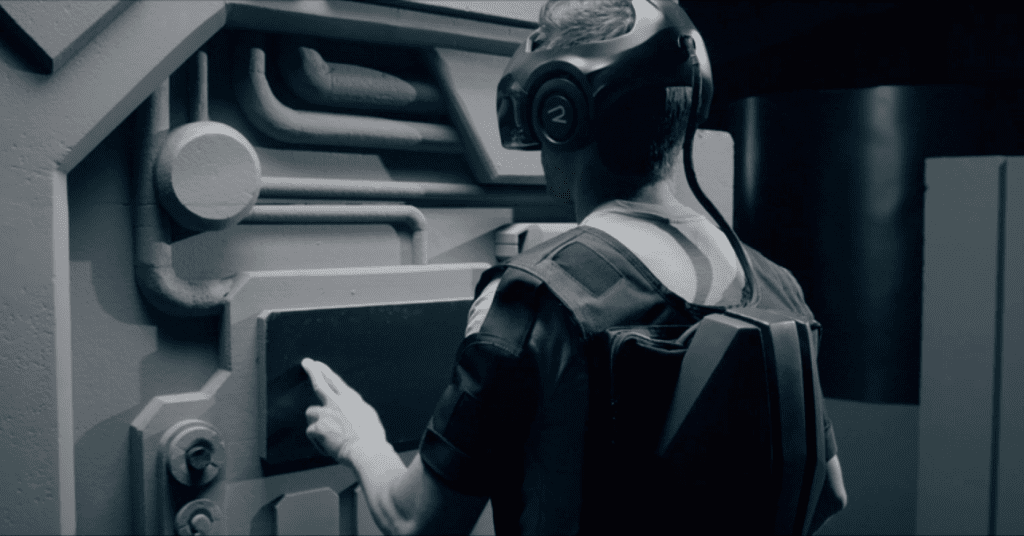 Virtual reality is spreading its entertainment zone: now it’s not only sitting on the couch with a pair of headset! Recently it expanded into the whole new level: cinematic VR experiences and VR theme parks.

Everything started in New York

Both of them are pretty new for VR community. Not that long time ago there were some sensational captions in the media about first VR theme parks. To be more accurate, the first Ghostbusters-themed VR theme park opened in New York on 1st of July. In the heart of New York city-Times Square ambitious startup called the Void opened the park for first visitors giving the opportunity to see their full body avatars and get completely into the game.

After that, some places of a similar concept opened. But like every new sphere in VR it takes time to become popular and earn consumers trust. Will VR change the way we enjoy our free time?

Most of the people are sceptical about it: why, on earth, do you need a pair of headsets on the roller coaster? I’s already fun without it, isn´t it? But there is something magical pairing these two powers together. It makes your experience unbelievably immersive and real. It’s a completely different experience which turns the surroundings into something you don’t expect: why not to have an amazing lifetime experience on the skyscrapers of New York or walk through the darkest caves?

Is people ready for this?

The main problem for VR is that it might be too expensive for most consumers. On the other hand, consumers may be ready to pay for the quality and immersion. Also, it’s something completely new and inexperienced before so there might be a lot of people who will want to experience high quality VR experiences on VR theme parks.

Like VR cinemas, the destiny of VR theme parks is unclear: it just got its way on the market. As the company which incorporates scents into audiovisual world we see much unused potential in such theme parks. Olorama Technology believes that scents would give much more realistic feel and add immersion to the whole experience.

This time the question is, people is ready to pay for something different, exciting and immersive? We think so.