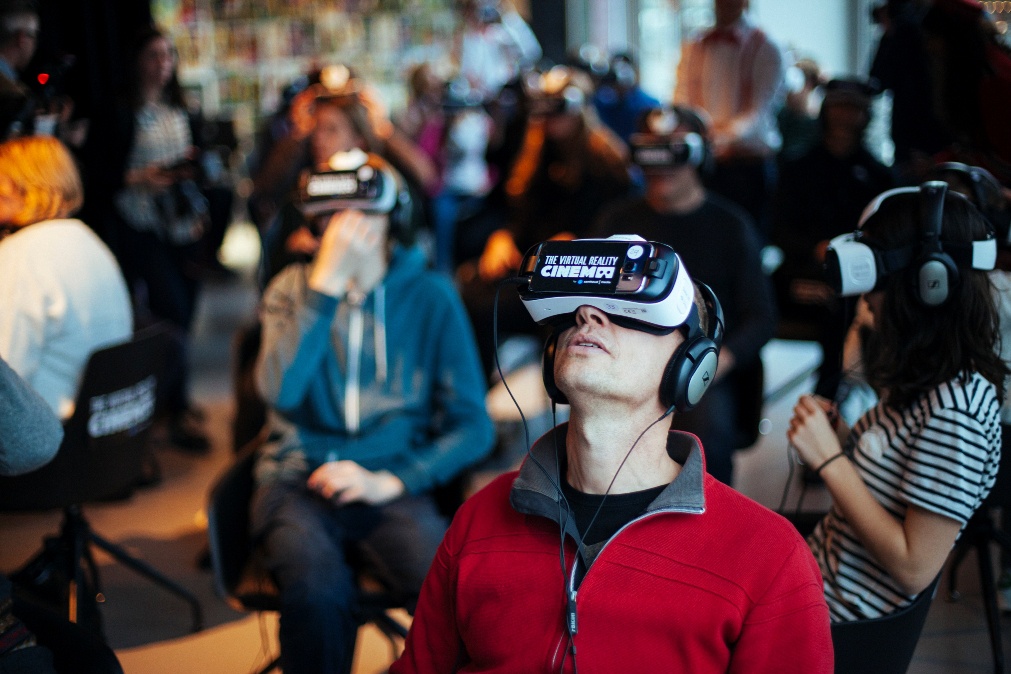 The year of VR

2016: the year of virtual reality. At least this is how experts call it. Let’s celebrate it with another blog post. Previously we were talking about VR possibilities, headsets, room-scale VR… This time we want to shortly discuss about cinematic VR experiences.

What is the difference between regular cinema and VR cinema? As in the most cases, immersion is the key. Experiences are completely different: we usually have a plot in mind if we say that a regular movie is very realistic after watching it. But that’s not the case with the VR cinema. It surrounds viewers with 360 degrees view, making his experience unbelievably real. VR cinema offering not only headsets and heaphones, but also turning chairs, to make your experience even more immersive.

New way to see the movie

The problem is, that comparing to normal cinemas we can find very few VR cinemas. To be more precise, only one which recently opened in Amsterdam. It’s called ‘The VR Cinema’ and the ticket costs 12.50 eur. This movie theatre opened in 2016 and now is offering 5 short movies for different target audiences. We can call it a relatively new experience for everyone. However, a lot of people saying that it’s only a matter of time when VR cinemas will become very popular. We can compare it to 3D cinema. It existed from 1915, but became very popular only in 2010 (after very successful 3 D Avatar demonstration). Now we can find 3D movies in every movie theatre. Will it be the same with VR?

We have no doubts, VR movie theaters are going to be a big trend. Olorama Technology believes in all kinds of VR and we want to make it even more immersive by adding scents. Who knows, maybe next trend will be VR cinema not only with turning chairs, but also with scents incorporation?